‘You can live well with dementia’ -The Alzheimer’s Society 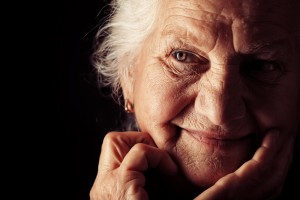 It is currently predicted that one in three of the UK population over 65 will have to live with dementia. One in four of us is currently over 65. In 1900 average life expectancy was 51. Today, if you reach the age of 65, life expectancy is 86 for men and 89 for women. Dementia is unfortunately a price we are paying for increased longevity.

We can help you:

• increase your knowledge of dementia

• take steps to prevent it

• understand the legal issues you need to consider

For more information on any of these issues please contact us

More than 750,000 people in the UK have dementia. The condition is caused by the loss of nerve cells in the brain and is not a natural part of growing old.

Depending on who you speak to, it is estimated that each of has approximately 86 billion brain cells. With so many brain cells, it is perhaps not surprising that the effects of dementia can range from mild memory loss to a serious loss of cognitive function.

Everyone’s dementia is different and will develop at different rates.

The term ‘dementia’ describes a range of symptoms and conditions affecting different parts of the brain. Some of the most common forms of dementia are:

• Alzheimer’s Disease
This condition affects more than 400,000 people in the UK. It is the most common cause of dementia and is the best understood. Alzheimer’s most commonly develops in the hippocampus which is why it is often linked to memory loss.

• Vascular dementia
This is the second most prevalent form of dementia. It can occur in combination with Alzheimer’s disease causing a ‘mixed dementia’. Vascular dementia is related to problems in the blood supply to the brain. Interruption of the blood supply, for example through a blockage or leak , can cause a stroke. This can result in significant damage to the area of the brain starved of its blood supply

• Dementia with Lewy bodies
Only a small number of people (around 4%) develop this condition. It is a close relation to Alzheimer’s and Parkinson’s Disease. Lewy body dementia can affect many different parts of the brain resulting in a variety of symptoms. In this respect, it has many similarities to Alzheimer’s. People with Lewy body dementia can experience hallucinations or problems with concentration. It can also affect the physical control of limbs as occurs in Parkinson’s disease.

• Posterior cortical atrophy or PCA
This affects the back of the brain which is responsible for visual processing. Author Terry Pratchett has been diagnosed with it. People with PCA lose the ability to recognise colours, shapes and faces. They can also lose the ability to read. Frequently, the ‘classic’ symptoms of Alzheimer’s Disease, such as memory loss, don’t develop till much later on in PCA. This means it is often misdiagnosed or only picked up at the later stages. It is likely that PCA is actually more common that we think as it is often dismissed as a problem with eyesight associated with old age.

Confusion is not a sign of dementia
Just because an elderly person is confused, it does not mean they have dementia. They may have physical health problems such as an infection or constipation. Pain and ill health can be mistaken for dementia. An accurate diagnosis of a person’s condition is very important to ensure they receive the right treatment.