While Trusts can be used for saving tax and preserving property they can arise when you least expect it. We set out some brief notes below.

What is a Trust? 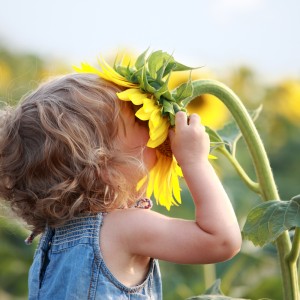 There are three main ingredients to creating a valid trust;

Trusts can be in different forms:

Express Trusts
A formal written deed appointing trustees specifying who the beneficiaries are and what the trust property is.

Implied Trust
A provides the money for B to buy a house in B’s name. There is an implied trust that B holds the property on trust for A. Similarly, if A and B open a joint bank account but the only money in the account comes from A, then A and B will hold the money on trust for A.

The Tax man
These issues are particularly important on A’s death. In both cases the tax man will treat the house and the money as exclusively belonging to A when it comes to calculating the value of A’s estate for inheritance tax purposes.

Gifts
You can give property away, but you must make this clear. If making a gift say so in writing.

Constructive Trusts
You cannot benefit from your own misdeeds. If A is looking after £100,000 for B and uses that money to speculate on the stock exchange without B’s consent then any gain that A makes would be the property of B. A constructive trust will also arise where, despite the absence of any written agreement, the parties can be shown to have a common intention, and one party acts to its detriment. E.G. A is led to believe by B that if he spends time and money renovating B’s house he can share in the sale proceeds. The court will hold a constructive trust has arisen and give A a share of the sale proceeds.

There are strict legal requirements when it comes to selling property or making a will. If they are not met then the transaction will be invalid. However, the law does not like to be used as a shield for an unlawful purpose. It will therefore through the law of trusts, enforce agreements relating to both the sale of land and the making of a will notwithstanding that the legal requirements may not have been met.

Quistclose Trust – Barclays Bank –v- Quistclose 1970
Quistclose (Q) lent money to Rolls Razors Ltd (RR) so they could pay a dividend to shareholders. RR went into liquidation and Barclays Bank, claimed it could offset the payment received from Q against the outstanding overdraft of RR. The court decided the money had been lent for a specific purpose. Until the money was used to pay the dividend it was held on trust for Q. As the trust had failed, Q were entitled to get their money back.

While trusts of this kind are rare, they can be a useful business tool. If A wishes to borrow money from B, but B is concerned about A’s solvency, B can specify the loan will be made for a specified purpose. B will then be able to get their money back if A subsequently becomes insolvent and hasn’t used the funds for that purpose. The advantage to B is he gets all his money back. The loan doesn’t fall into the general assets of the company to be shared between all the creditors.

I didn’t mean to create a trust – the litigation lawyers best friend!
You can find you’ve created trusts without realising it. Whenever two individuals go into business together or buy a house and don’t put anything in writing you have to establish on what basis they have gone into that joint venture. Quite often the law of trusts will apply. What agreement, arrangement or understanding was there between the parties as to how any money or other property would be shared between them if they wished to go their separate ways?

And the tax man says
‘If you live in the whole property, I’m going to tax you as if you own all of it’. This inflates the value of the survivor’s estate and can be very bad news if you weren’t Registered Legal Partners (RLP). By example, if the property is worth £500,000 and on death A has no other assets, his estate is within the Nil Rate Band (‘NRB’) for inheritance tax purposes and no tax is due. On B’s death he is treated as owning the whole property and therefore as having an estate of £500,000. On the current Nil Rate Band of £325,000 you have a taxable estate of £175,000 which at 40% gives rise to a tax bill of £70,000. This tax bill would not have arisen if the parties had been RLP as a deceased partner’s NRB is transferable and you can leave a total estate of £650,000 before tax.

Thorner –v- Major 2008 – Peter gets all the cows!
David Thorner, was the second cousin of Peter Thorner, a farmer, and, a man of famously few words. Peter had no wife or children. From 1976 onwards David worked on the farm without pay in the expectation he would inherit it. Peter never said to David however that he was leaving him the farm.
In 1990 Peter gave David an insurance policy and said it was to pay for his death duties. This was taken as the moment when David’s hope he would inherit turned to an expectation that he would. This incident was re-enforced by a number of other statements made by Peter to David about the farm, including pointing out a cattle trough that did not freeze over in winter. Despite nothing having been said, the courts held that there was a general understanding between the parties. The ‘words’ said between them had to be considered in context. What is said, and, how it is interpreted can be construed by the courts in a very flexible manner.

Conclusion
Many cases come about due to the absence of any clear written agreement or where there has been a written agreement, the parties have failed to amend it to reflect subsequent changes in circumstance.
If you fail to put your business or personal arrangements, where money or property is involved in writing, and update any agreement to reflect changes in circumstance, then you do so at your peril.
Don’t think the absence of any formal agreement, written or otherwise, will allow you to escape from your liabilities. If you mislead someone to their detriment, whether deliberately or not, you can find you have created a constructive trust.